The new iPhone SE 3 Expected in First Half of 2022

The new iPhone SE 3 Expected in First Half of 2022

Apple plans to update its 4.7-inch entry-level iPhone SE in the first half of next year, using the updated A14 bionic processor of the iPhone 12 series, DIGITIMES reported.

DIGITIMES’ report follows in the footsteps of reliable Apple analyst Ming-Chi Kuo, who reported last month that the iPhone SE will get updated processors and 5Gg features in the first half of 2022. Kuo said the new iPhone se has been well marketed for customers looking for smaller phones, will become “the cheapest 5g iPhone ever” and is expected to consolidate Apple’s position in the increasingly competitive 5G market. 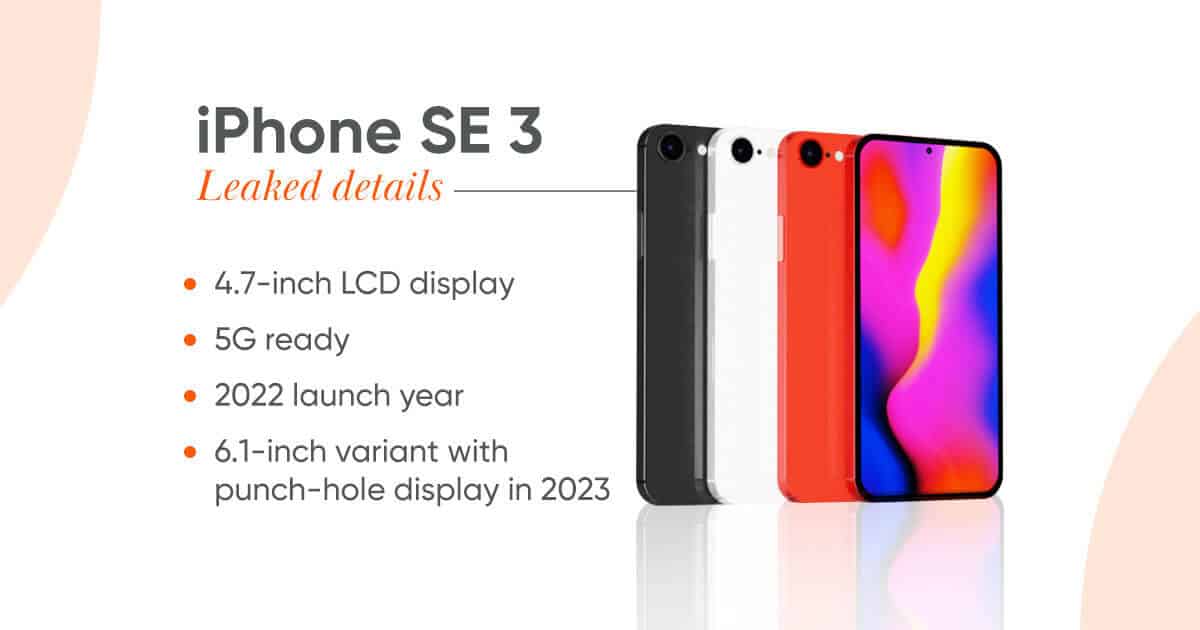 According to DIGITIMES and Ming-Chi Kuo, the iPhone se is the only iPhone in Apple’s current product line equipped with a touch ID sensor and a home key, which will continue to be used in the iPhone se 3 next year. Looking further, it is reported that Apple plans to redesign the iPhone Se in 2023 with a punch-hole screen design rather than a notch.

Apple, on the contrary, has produced smaller iPhone Se and iPhone 12 mini, which largely meet the market demand for small screen phones.

However, for some consumers, the price of the iPhone 12 Mini is still relatively high, while the lower priced iPhone se2 does not support 5G, which has become a regret in the hearts of consumers.

Next year’s iPhone E3 may make up for this regret in the hearts of consumers, and also make up for Apple’s vacancy in low-cost 5g products, so as to further enhance Apple’s competitiveness in the 5G mobile phone market.